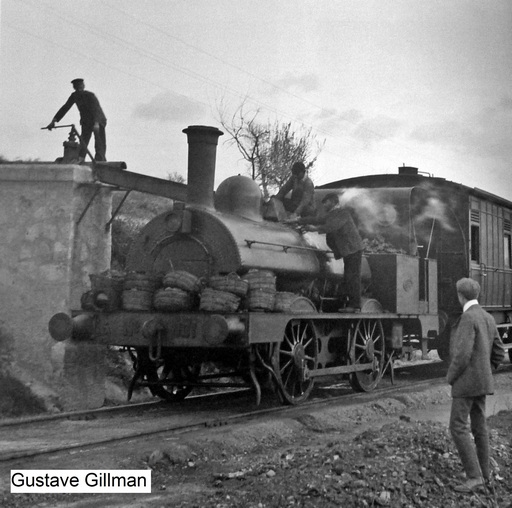 The locomotives were brought from Britain, at least in the days of The GSSR. The first were actually owned by Hett, Maylor & Co and were used in the construction of the line. They were small 0-6-0 workhorses, the first one being '100 Mercer' which was built by The Hunslet Engine Co. of Leeds in 1888. This little engine continued to function in various rôles for more than seventy years.

The GSSR ordered 25 Mogul Type locos between 1880 and 1905. The first six were built by Neilson in 1880. They were named, in chronological order, "MURCIA, LORCA, GRANADA, AGUILAS, HUERCAL and BAZA". They arrived in Águilas on 30th September 1889. Presumably, the nine year delay was because they weren't needed until The GSSR was finished. In addition, another six named "GUADIX, PULPI, ALBOX, CANTORIA, TIJOLA and PURCHENA" were built again by Neilson in 1890. They arrived in Águilas on 16th May 1890.

Another five were built by North British in 1905 and were named "JARAVIA, LUMBRERAS, ARBOLEAS, BACARES, MACAEL and ALMENDRICOS".

Because of the difficult terrain, with steep inclines and many tight curves, the 2-6-0 wheel arrangement was considered ideal as the load of the loco could be spread over five axles. Due to the tight radius of the curves, the middle driving wheels didn't have flanges. 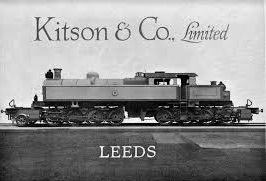 As the transport of heavy goods such as iron ore developed, it was necessary to employ more powerful locomotives. This presented a problem due to the tight radius of the curves, as well as the 14 ton maximum weight limit per axle of the track, so articulated engines were chosen. These were manufactured by Kitson. These strange engines were articulated in the middle like a 'Bendy-Bus' with a wheel arrangement of 2-8-0+0-8-0 and called the "Kitson-Meyer". The arrangement was that the firebox was in the middle of the engine which powered pistons at both ends. The front chimney exhausted smoke while the rear chimney steam. This resulted in some hot working conditions for the crew. Three were bought by The GSSR in 1908.


Details of the three engine types:

This table from 1917 shows how the inclines on the route to Baza from Almendricos affected train times. Being a passenger service, the trains would have been relatively light compared to iron ore trains. The speeds between each station include the waiting times as well as the time it took for the train to get up to speed. In addition, there would have been many speed restrictions on the line due to the tight curves and a multitude of level crossings. The extended time at Cantoria in both directions suggest that the locos were taking on water there.

Passenger coaches were imported by ship through Águilas port either complete or in kit form. They were considered the most luxurious in the day. Some coaches were converted for mail, which was carried free by The GSSR.

One of the few remaining examples of the coaches used by The GSSR was manufactured by Ashbury of Manchester and it can be found in the Railway Museum in Madrid.

As fortunes dwindled, The GSSR converted many coaches to 1st/2nd or 2nd/3rd and 1st/2nd/3rd to reduce the number of empty coaches on any train.

This is where The GSSR made its money, it certainly wasn't through passenger traffic! There was patently a learning curve regarding the purchase of wagons for the tranport of goods. In the early days of The GSSR, all mining was by hand and small wagons were sufficient to carry the ore. Additionally, wagons were needed to carry goods such as esparto grass, finished products, fruit, vegetables, sugar etc. As the business evolved, more bigger rolling stock was purchased. The statistics are impressive: 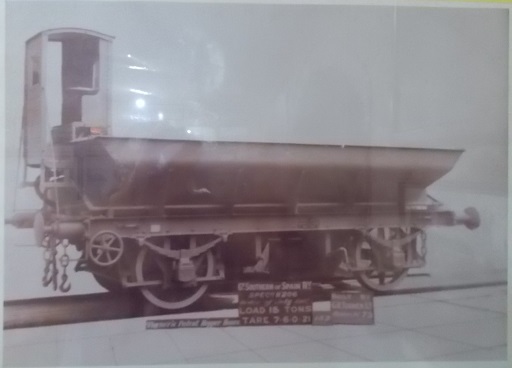 Some of the earlier wagons were 16 ton twin axle with a laden weight of 11½ tons per axle, which was getting close to the 14 ton limit for the track. The one on the left (photograph from the Águilas Railway Museum) had a brakeman's cabin but no vacuum braking system. It was built by G.R. Turner. 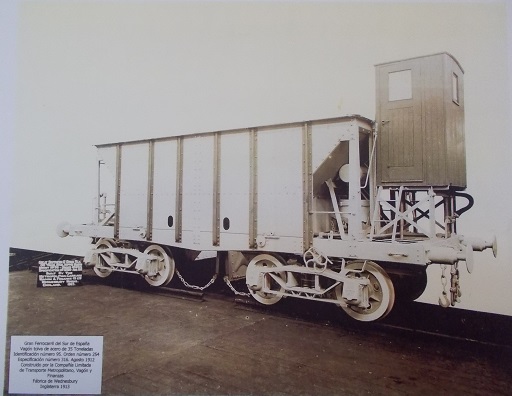 Later on The GSSR bought many 35 ton wagons. These had bogies that allowed the additional weight. The one in the photograph on the right was built in the UK by the Metropolitan Carriage, Wagon and Finance Company Limited, Wednesbury. There is some doubt as to the manufacturer of some of the other 35 ton wagons known as “Yanquis” (Yankees) as it is said that they were built in Pittsburgh by Hurst Nelson. However, the only reference to this company refers to one based in Glasgow, UK. See Faydon which explains the situation well. 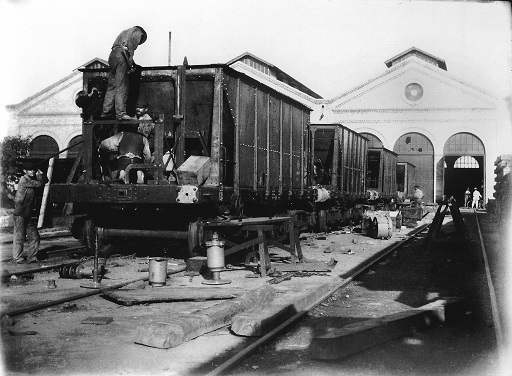 35 ton wagons being assembled in 1901 (Photo: Gustave Gillman) in the Águilas workshops. It appears that there are two drums waiting to be mounted for the vacuum braking system. Note, also, the bogies which permitted The GSSR to carry the 35 ton loads. 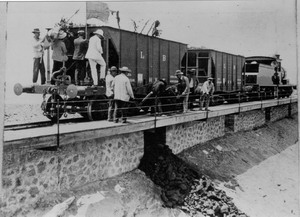 Right photo: Inauguration of El Hornillo pier showing the first ever operation of the 35 ton wagon discharging iron ore into the hopper. Before this day, the ore was shipped to Águilas Port where it was loaded onto steamers by hand in esparto baskets. Photo: Gustave Gillman.